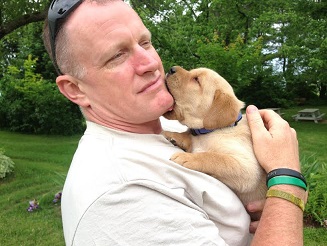 Joe was a certified combat lifesaver in the Army from the mid 80’s until he retired in 2011. During that period he also spent a great deal of time training others in some of the best and worst environments that you can imagine. Some of his career highlights include developing a leadership training program for the NJ National Guard, coordinating security operations following the September 11 terrorist attacks, a 2004 deployment to Guantanamo Bay, Cuba, coordinating support operations following hurricane Katrina, and training and leading a Protective Services Detail during a 2008-09 deployment to Iraq.  After retiring from military service in 2011, Joe went to work in the outdoor recreation industry in Maine, earned his WFR cert and has directed almost 40 camp retreats reconnecting Veterans and military families. Joe works as a Program Support Specialist for the Maine National Guard, volunteers at an adaptive recreational sports program for veterans, is pursuing an EMT certification and spends whatever time is left with his wife, bonus son, and two dogs in the mid-coast region of Maine.